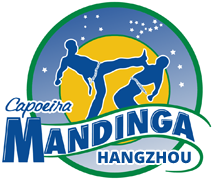 Different than the literal translation given by the Brazilian Portuguese dictionary, the word Mandinga has its own meaning in the capoeira world. The Aurelio dictionary translates the word mandinga as a “magic” or “spell.” In some senses that meaning applies to capoeira, but in a different context.

Mandinga in the capoeira environment means, amongst many things, the hidden power that one has to disguise their real intention and to trick the opponent. It is a way to invoke some forces to blur the opponent’s vision of reality almost like hypnotizing him/her into a trance-like state so that they can’t see what is coming. It can also be magic like a trick that confuses and distracts the opponent. However, much more than any of the above meanings the word mandinga have a very special meaning as a way of referring to capoeiristas that are very expressive in their game and know how to embellish their jogo* with beautiful and impressive gestures. These gestures are sometimes very theatrical, sometimes like a primitive dance, and sometimes imitating all kinds of animals (e.g. monkey, jaguar, snake, eagle, bull, and many others).

Our mission is to raise awareness of capoeira as an effective martial art and rich art form, as well as to foster cultural dialogue, openness and friendship among our community of students and followers. In addition to training fighting techniques and related skills, we familiarize students with the historical and cultural context of Brazilian popular culture, which is inexorably tied to capoeira. We are committed to quality and therefore continue to study and research the history and development of capoeira, as well as diverse styles and philosophies that enrich the art form and students’ immersion in it. We encourage students to do their own research, formulate their own ideas, and develop their unique style in capoeira. Our trainings incorporate music, dance, movement drills, physical strengthening, among other skills.